During the 16th and 17th centuries, at the height of its power under the reign of Suleiman the Magnificent, the Ottoman Empire was a multinational, multilingual empire controlling much of Southeast Europe, parts of Central Europe, Western Asia, and North Africa.

With Constantinople as its capital and control of lands around the Mediterranean basin, the Ottoman Empire was at the center of interactions between the Eastern and Western worlds for six centuries.

During various conflicts throughout Europe, great capitols rose and fell often loosing great libraries and other repositories of knowledge and cultural histories, leading to the period known as “The Dark Ages”.

The Ottomans held and protected the accumulated knowledge of the greater world for centuries. As Europe entered into the Renaissance, the Ottoman Empire began to share the arts, sciences and histories that they had so carefully maintained. It was through their influence that much of the cultural histories of great countries remain.

The Ottomans were artists, scholars and philosophers of the highest caliber, generous with their knowledge and diplomatic with their strength 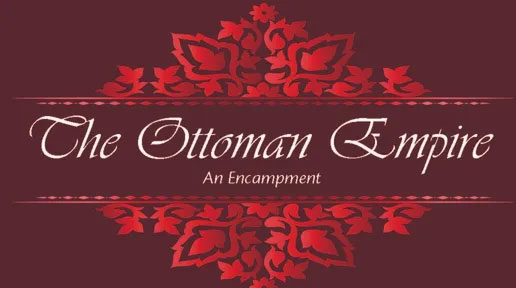 The term Renaissance, literally means “rebirth” and is the period in European civilization immediately following the Middle Ages, conventionally held to have been characterized by a surge of interest in classical learning and values.

The Renaissance also witnessed the discovery and exploration of new continents, the substitution of the Copernican for the Ptolemaic system of astronomy, the decline of the feudal system and the growth of commerce, and the invention or application of such potentially powerful innovations as paper, printing, the mariner’s compass, and gunpowder.

To the scholars and thinkers of the day, however, it was primarily a time of the revival of classical learning and wisdom after a long period of cultural decline and stagnation.

For the next several hundred years the Ottoman Empire would be one of the largest and most powerful empires in the world. When Constantinople fell to the Ottoman Empire, a large number of scholars and artists fled to Italy. This helped to spark the European Renaissance. It also caused the European nations to begin to search for new trade routes to the Far East, beginning the Age of Exploration.

The Ottoman Empire reached its peak during the reign of Suleiman the Magnificent. He ruled from 1520 to 1566. During this time the empire expanded and included much of Eastern Europe including Greece and Hungary.